PrivateVPN CMO: 5G network will be a major focus for online security 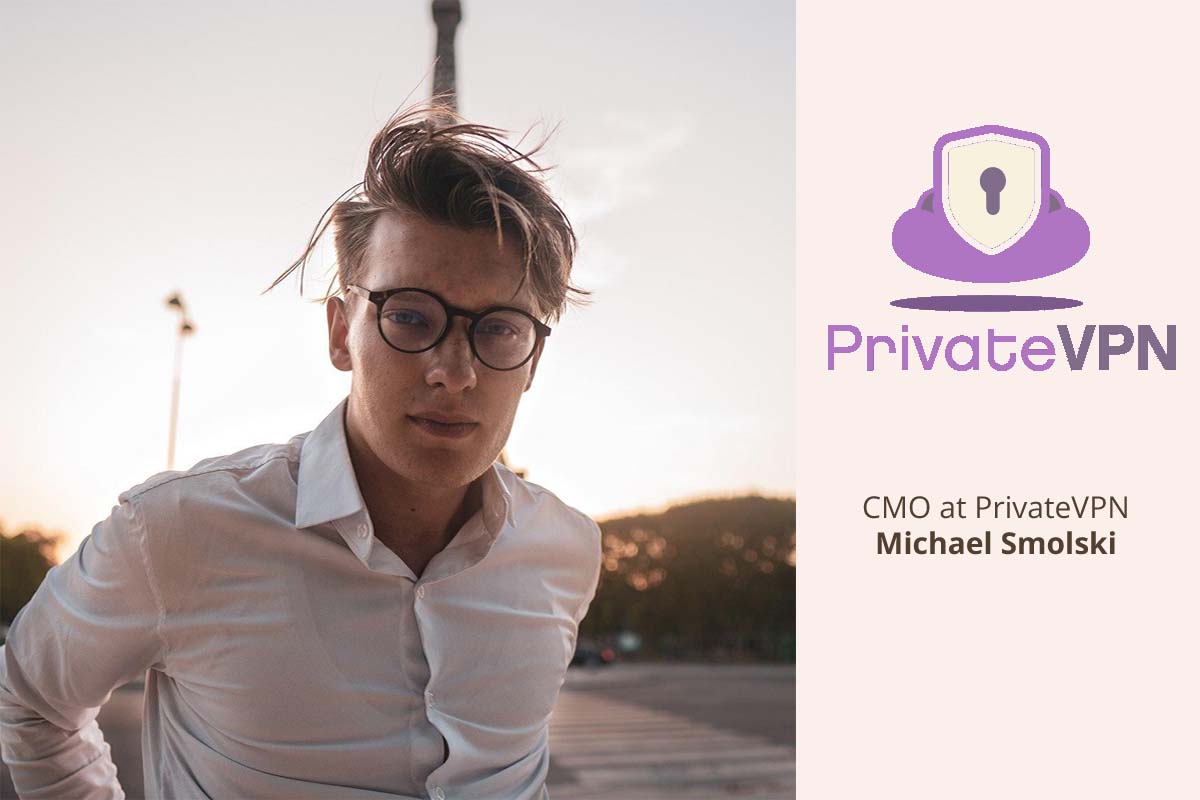 In a recent interview with Precisesecurity.com, PrivateVPN Chief Marketing Officer Michael Smolski has discussed the role of the 5G network in regard to online security. He also talked about the impact of the coronavirus pandemic in pushing for the adoption of a VPN.

During the interview, the CMO also delved into the censorship of information by communist governments as well as social media platforms like Instagram and Facebook. Furthermore, Smolski shared his views on whether individuals are concerned about their online privacy.

In your opinion, what do you think is the main challenge facing stakeholders in the online privacy sector?

The main challenge VPN stakeholders often have to deal with is the action of other VPN companies. Not everyone has the best interest of users, and those few can then give a bad reputation to the entire industry. It’s companies stating they don’t store logs when they do. It’s companies advertising thousands of servers rather than focusing on quality. Those kinds of things are the issues that make it harder for the entire industry.

Absolutely, and it makes a lot of sense on why that is. No matter how bad the situation gets on the planet, there’s one thing that people will never stop using. Entertainment.

Right now there’s a lot of people that can’t work due to restrictions, that lost their jobs, or that are working from home, and the side-effect of that is that people have more time which they are spending on entertainment, which for many people, especially outside of the US, requires a VPN. And then, of course, there’s also the security aspect where some people need to use a VPN when working from home.

At PrivateVPN, we’ve for sure seen a spike in usage during this time, but overall, in the perspective of time, in the last few years, we’ve overall seen a huge spike in the usage of VPN services, and the current situation is speeding up that process.

What advice would you give to companies that allow employees to work remotely while resorting to the use of VPN as a preventive measure to data breaches?

Resorting to VPN use, to keep your VPN on at all times. Online safety only works if it’s applied at all times, not just sometimes. Apart from that, it’s also super important to make sure people in your household are not using your work devices.

We know someone in charge of a company that once let their child on the work computer. Sometime later, an invoice for several hundred thousand was sent out on behalf of the company. If it wasn’t for the fact that somebody called because they thought something didn’t match up, that invoice would have been paid to that individual that sent it.

Does PrivateVPN store any information about users? If so what information do you store and how do you guarantee users about the safety of their data?

Every VPN company will tell you that they will offer you internet privacy and safety. In reality, we’ve all heard of VPN companies that “didn’t store logs” when they did. What we do at PrivateVPN, is that we look out for the privacy of our users, from every aspect. That’s why we don’t ask for anyone’s name when registering. It’s just the email you want to use and a password you want to use. As far as logs go, this is where our location comes in. We are based in Sweden, and that prevents us from storing logs, even if we wanted to.

We’ve recently had to end a partnership with an Indian provider because they wanted information on a user that committed something that was a crime in India. Of course, we encourage not breaking laws, but privacy only works if it applies to everyone. We didn’t have any logs to give away as we didn’t store them, and we thus had to end a partnership that we did enjoy.

A survey by Atlas VPN shows that demand for VPN in Hong Kong has surged more than six-fold and there are fears China might ban VPN. What is your take on communist governments interfering with citizen’s internet privacy through banning VPNs?

We see privacy as a fundamental human right, that’s why we do what we do. The media, however, often make it look much simpler than it is. Just because you aren’t in a communist country doesn’t mean you have privacy or that censorship doesn’t occur.

Data is now more valuable than oil, and if you are China, and can have your own data, rather than giving it all away to Facebook, then, of course, you are going to choose having your own social media apps, which you can then also control the narrative on.

Some VPN services like PrivateVPN come with features such as stealth VPN which allow you to use VPN services in countries where they are blocked by blending in with normal traffic, at the cost of speed, so there are ways around the problems, but perhaps a question that should be asked is what do you do if it’s platforms like Facebook and Instagram censoring content.

In communist countries with censorship, platforms get blocked. While not ideal, there are ways to unblock them. But if platforms like Facebook censors content, you can’t do anything about that.

From your own assessment, are people starting to take their online security seriously?

In the last few years, people started to ask questions. Platforms like Netflix started to make documentaries that started to make people aware. If you ask an average person today about privacy, they for sure are more cautious of what they do on the internet, but there’s still a long way to go.

People still use public Wi-Fi because “it’s free” potentially exposing their sensitive data to people around them, and there’s still the feeling that if you turn on a private tab, that you are protected…But perhaps the biggest issue is that there’s still a lot of people that only turn on a VPN when they think they need it, instead of always taking measures to protect yourself.

Which new development should we expect from the online security sector in the next year?

With 5G coming out and files getting bigger and bigger, speed is actually something that we think will be a big focus of the online security sector in the next year. You want to provide safety, but you also need to provide speed.

Thank you, Michael, for the conversation!