Virtual Private Networks (VPNs) are essential tools in this modern interconnected age. The primary purpose of VPNs is to ensure your online security and privacy at all times. Additionally, VPNs are also useful when performing other online tasks such as streaming and gaming. They help you gain access to geo-restricted content and bypass censorships. To ensure you perform online tasks such as streaming efficiently, you need a fast VPN.

Why the need for speed?

Everybody hates slow internet connections. When using a VPN, you are bound to experience some speed reduction unless you are connected to a high-speed internet connection. Due to this reason, not all VPNs are built the same. Some VPNs are more focused on security and privacy; others offer an impeccable bypassing mechanism, while others are built for speed. To accomplish takes such as streaming or gaming without buffering, lags, and intermittent connections, you need a fast VPN service. Fast VPNs are also useful for other real-time tasks such as video calling or conferencing.

Pros and cons for best VPNs by speed

What entails the best VPNs for speed?

Besides infrastructure, the following are factors that determine if a VPN will provide a faster internet connection. These factors are also useful when choosing the best VPNs by speed.

To determine the best VPNs by speed 2020, we did thorough testing over a period on several VPNs. Specifically, for the speed test, we used various fixed variables. They included server locations, OpenVPN protocol – on its absence, we used the proprietary or the IKEv2 protocol – and did some downloads, streaming, and other speed intensive tasks. Below is the list of the best top VPNs by speed 2020. 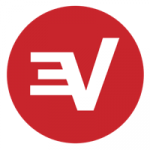 ExpressVPN is an excellent and all-rounded VPN with super speeds suitable for any speed intensive tasks. It offers a robust performance that does not comprise your security. The British Virgin Islands (BVI) based VPN also ensures your online traffic is private, as it is not affected by mandatory data retention laws. Additionally, ExpressVPN does not log your activity as it adheres to its strict zero log policy.

This VPN service has remarkable VPN features that are essential to how it delivers its excellent service. It sports a worldwide server network of 3000 plus servers that span across 160 locations in 94 countries. These servers are optimized to offer lightning speeds, unlimited bandwidth, and unlimited server switches. For security purposes, ExpressVPN offers the best in class encryption, an automatic kill switch, Zero-knowledge DNS, split tunneling, Trusted Server technology, DNS & IPv6 Leak protection, and multiple protocols. Moreover, ExpressVPN has an inbuilt speed tester that you can use to identify the best servers.

ExpressVPN is compatible with almost all computing platforms and devices. Its unified apps are fluid, easy to use, and they feature a user-friendly interface. This VPN service has one of the best top-notch customer services, and all its subscription plans carry a 30-day money-back guarantee policy. 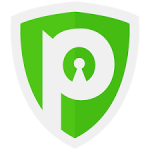 Second, on the list is PureVPN, a Hong Kong-based VPN service. This VPN service is known for its stellar performance and offering the most significant VPN discounts on its subscription plans. It is also known for its blazing speeds, thanks to its highly optimized servers. Besides speeds, PureVPN also offers impeccable security and privacy; it is a verified No-Log VPN provider and located away from the intruding 5 and 14 Eyes. Its jurisdiction also does not have data retention mandatory laws.

This VPN offers 24/7 excellent customer support, and its VPN apps are compatible with almost all computing devices that are internet enabled. The apps are easy to use, they sport an intuitive interface, and it is generally easy to get started with the VPN service. All its budget-friendly subscription plans carry a 31-Day Money-Back Guarantee policy that you can invoke if you are not satisfied by the service. 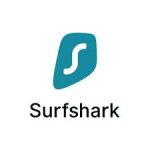 Surfshark is another fast VPN service from the British Virgin Islands – a jurisdiction with favorable data laws for a VPN service. Coupling this jurisdiction with Surfshark’s strict no-log policy, you get a speedy and privacy-focused VPN service that does not track, monitor, or store your online activities. Its connection speeds allow you to perform speed intensive tasks without any frustrations.

This VPN service has great coverage of 1040 plus servers in 61 plus countries. The servers offer unlimited bandwidth and blazing speeds. Surfshark also sports various functionalities and features, both for speed and privacy-oriented tasks. The features include the industry-leading AES-256-GCM encryption, clean web for ad blocking, Camouflage Mode for scrambling VPN traffic, a whitelister, a kill switch, multihop gateways, DNS leak protection, and secure protocols.

Similar to the other fast VPN services, Surfshark is also compatible with major computing platforms. It is one of the VPN services that offer 24/7 expert support and features a live chat. It is straightforward to get started with this VPN service. The VPN apps are clutter-free and offer optimal ease of use. Its pricing plans carry a 30-day money-back guarantee. 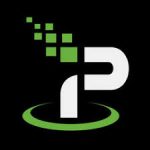 IPVanish is one of the fast VPN services with excellent performance and superb speeds. Its speeds are accrued for its top tier infrastructure – IPVanish manages and owns its VPN servers. This makes the service to offer fast speeds, private connections, and reliable performance. Despite being based in an unfavorable jurisdiction, the US, IPVanish has a strict no-log policy. This means your privacy is always intact.

Its top tier network comprises of 1,300 plus VPN servers in 75plus locations with over 40,000 plus shared IP addresses. These servers offer unlimited bandwidths with unlimited server switching. Its features include a kill switch, SOCKS5 web proxy, secure protocols, NAT firewall, DNS leak protection, and a 256-bit AES encryption.

IPVanish supports various computing platforms, and its VPN apps are user-friendly, easy to use, and suitable for anyone – from experts to novice users. This service offers great customer service, including a call number. Unfortunately, unlike the other VPNs, IPVanish only offers a 7-day money-back guarantee. 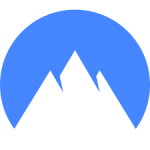 Although NordVPN is security centered, this VPN service knows that buffering, lagging, and a slow internet connection is the enemy of the people. To mean well, NordVPN offers a vast server network optimized with the fastest VPN experience. NordVPN operates with the rationale; more servers, less load, and hence a higher performance index. This rationale has not failed them. Based in Panama, this VPN service enjoys a very friendly jurisdiction with no mandatory data retention laws. Additionally, there is also a zero log policy. With NordVPN, you get a fast, secure, and private connection.

This VPN service has one of the best 24/7 customer services, including a live chat system. NordVPN is compatible with almost all internet-enabled computing platforms. Its VPN apps are easy to use and unified across all the platforms. Its pricing plans offer a hassle-free 30-day money-back guarantee.

Besides privacy and security, fast connections are essential to a VPN service. Fast speeds ensure that one can accomplish speed intensive tasks such as gaming or HD streaming without frustrations. To ensure you get the best value for your money, our list of the best VPNs by speeds will not disappoint you. The VPNs deliver high speeds, solid performance, and impeccable security and privacy features. You also get unlimited bandwidth, server switches, and in case of a problem, they have excellent customer services.

FAQs for best VPNs by speed

Why do VPNs reduce my internet speed?

VPNs offer security and privacy mainly through encryptions. The encryption overhead reduces your bandwidth by a certain percentage. Other factors, such as server location, also determine how a VPN affects your overall bandwidth.

Why do some VPNs the internet speed?

As stated above, most VPNs will reduce your internet speed. However, in some instances where your ISP throttles your connection, you will notice a speed increase when using a VPN. This is because the VPN will bypass your ISP, and hence your connection speed will not be throttled.

Which is the best VPN protocol for speed?

What can affect my VPN speed?

Various factors can affect the VPN connection speed. Such factors include the proximity of the server, server load, protocol in use, and the VPN infrastructure, among others.

Can I get incredible speeds from free VPNs?

Free VPNs are not recommendable, and they will not offer a satisfactory speed suitable for speed intensive tasks.